There are certain truths, when you live in the city, that you hold to be true everywhere. Little things such as a house that is missing windows and a roof should have no one inhabiting it. Horses shouldn't be allowed through drive-thru windows. You should never have to use an entire tank of gas to get to the next gas station. Camo nor chaps should ever be all day/ everyday attire. Mayonnaise should never have an entire aisle to itself in a grocery store. Little things. When you move from the city to the country all of those truths are thrown out the window and you are left in a discombobulating trance. Up is down. Down is up. And the ground has an ever present state of shaky. Such was the case when we first moved from our beloved metroplex with a population of 6.5 million to a tiny town of 1700. (Just typing that makes me laugh.) 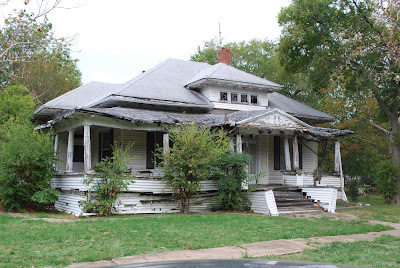 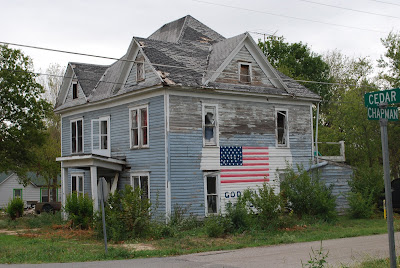 After having our third child, my husband and I, decided we needed a larger house. Since neither of us had a job that we felt committed to, the decision was made that we could move in any direction within 1.5 hours from our current location. I drew the circle on the map and started the hunt. After 6 months of searching I found the perfect house with the perfect school system for the children. I gave no regard to the size of the town it was located in or the financial demographics of the area. As a matter of fact, it is quite possible that instead of saying "I gave no regard" it would be more accurate to say I disregarded it completely. I noticed there was a hospital within 20 minutes and a Super Walmart within 10. Since Walmart owns the world already, what more would I need? (Never mind that a later drive to this Walmart would reveal that not all Super Walmarts are created equal and while Mayo ranked high in importance to their current clientele, healthy vegetarian options did not).

I will save you the drudgery of reading about the financing and the actual physical move and get to more interesting stories such as day two of our life in the middle of nowhere. The town we live in is an hour away from the most major city, Dallas. It is also, approximately, 20 minutes away from the closest Taco Bell, Burger King, McDonald's or any other corporation that to most people resembles civilization. With the majority of my clothes packed away in boxes that reached to the top of the 12 foot ceilings, I grabbed the only thing I could reach. This so happened to be a wonderful vintage polyester dress that I adored. I feel that I looked quite chic walking in to the elementary school to enroll our two oldest children. However, in actuality, I am not sure that the school personnel understood my eclectic fashion sense. I swear they still hold it against me to this day.

We live exactly 10 miles from the school. This drive takes us 8 minutes, give or take. While distance could be foreseen as a concern in a move out in to the country, speed is not. The speed limit is 70mph. Everywhere. Everywhere. When the receptionist asked where we lived and we explained the straight shot back to our house she replied with, "Oh, you do live out in the country." I sat in stunned silence. These people, and I say that with much respect, these people have no clue that they live out in the middle of no where. The 10 additional minutes from my point A to their point B did not put me one bit closer to anywhere, in my mind, important.